Inventions that changed the world have and had great impact in our lives. The way they support daily routines are so essential that people can win resources. In addition most of the people gain more and more abilities and opportunities to travel or work…

The principal of the modern computer was first mentioned by Alan Turing and later the first personal computer was invented in the early 19th century by Charles Babbage. This invention has indeed accomplished amazing things in more areas of life than we realize. And as we know it has helped high performance military aircrafts to fly, put a spaceship into orbit, control medical equipment, create visual imagery, store vast amounts of information and allowed the functioning of car, phones and power plants. It is not worth mentioning that almost everything in modern societies depends on basic computer technologies. 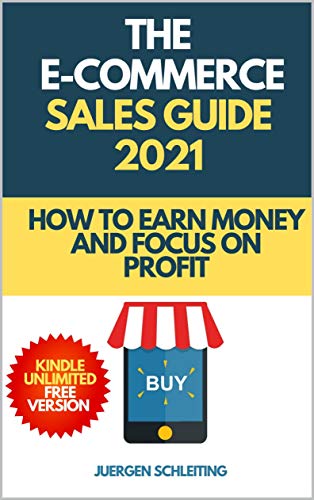 ➤➤➤ select the best products to sell on Amazon and eBay

➤➤➤ to build an optimized product listing to maximize sales

➤➤➤ use better research methods and analytics

Although the invention of the television cannot be attributed to one person, it is widely believed that the invention of the modern television was the work of two people: Vladimir K. Zworykin and P. Farnsworth. The television was also one of the greatest inventions which has been evolved from mechanical to electronic to color to digital to smart and now 3D versions. People typically spend around 3-4 hours watching TV per day and it has drastically impacted family and social life. The significance of TV is so elementary that one cannot think of a world without televisions. Although internet is another important media the usage of television is still deeply routed in the daily routines of many people. The length of TV usage is stable. People watch round about 3 hours television per day. This number has not declined since 90s and shows the high significance of this invention.

The World Wide Web as we know was first predicted by Arthur Clarke when he wrote that one day satellites would bring accumulated knowledge of the world to our fingertips, combing the telephone, photocopier, television and computer. However, the invention was made 19 years later in 1989 by a CERN employee, Tom Berners Lee. The web has transformed the way we work in various field including education, music, finance, reading, medicine, dating, and many more. The Web potentially tops all the world’s greatest inventions.

Penicilin is one of the first antibiotics that was able to cure lots of infections. It was accidently discovered in a Petri dish by Nobel Prize winner, Alexander Fleming in 1928. Penicillin is a group of antibiotics that cures several infections in human beings without harming them. The Penicillin was mass produced during World War II to rid servicemen of venereal diseases and is still used as a standard antibiotic for infections. It was one of the most famous discoveries made in the field of healthcare. It is interesting how this almost unintended invention saved so many lives over the years.

Alexander Graham Bell joined two cups with a thread at the bottom of both ends and used it to talk from one end and listen from the other. This has been the basic work for another revolutionary invention that is today the attachment that we all carry in our hands or pockets. The telephone which later also developed as a mobile phone has had life-saving impact on mankind especially in the field of business and communication. The extension of audible speech from within one room and across the world is a work unrivaled till today. Mobile phones have even increased their significance ever since they could unite more and more abilities like calculators, weather forecast and many more abilities. Round about 80% of 10-year-old children already own a smart phone in modern societies. This also shows how widespread the technology is throughout the whole population.

The internet was first developed in 1973 by Vinton Cerf backed by the US Department of Defense Advanced Research Projects Agency (ARPA). Its initial use was to provide a network of communication within research labs and universities within United States and expanded overtime. This invention (along with the World Wide Web) has been the foremost revolutionary invention of the 20th century. In 1996, more than 25 million computers were connected through the internet across 180 countries. This huge number shows the rise of the internet in the early stages of the invention. Today there are only very few households who are actually not connected to the internet.

The Wright brothers invented and flew the first airplane in 1903. The airplane was a decisive element in all world wars and is essential in passenger transport across the world today. The number of flights has largely increased in the last years. Today more than 40.000.000 flights connect people around the world every year.

Inventions as mentioned have definitely changed the world and impact daily lives of everyone. Only a few of these inventions are not used regularly for some reason . Anyway inventions have great power and will somehow create a future value that has not been there before.

You are interested in personal development? Then also read the guide on mental toughness and emotional intelligence…

READ MORE  Walmart gained patent to eavesdrop on shoppers - Where are the benefits?

These following articles might be also interesting for you:

Get 50% on outdoor solar light with PROMOLINK

Line of Duty: Go to eBay


HOW TO INCREASE SALES ON EBAY

HOW TO CREATE A BAR CHART RACE

THE TOP 10 SECRETS OF SUCCESFULL PEOPLE

HOW TO MAKE MONEY ONLINE WITH FIVERR?

HOW TO GET MORE CLICKS AND VIEWS ON PINTEREST?